Quick Links (for those needing no explanation)

The Works Progress Administration, later renamed the Work Projects Administration was created during The Great Depression to put unemployed, mostly unskilled, people to work. They built roads, paths, bridges, and even outhouses. And, as part of a historical records project, they documented epigraphs on grave markers including those in the St. Peter’s Catholic Church yard. We are very thankful for that 1936 snapshot of the cemetery since many of the markers then documented have since become unreadable.

The WPA work was documented in a type-written document now preserved in the South Caroliniana Library at the University of South Carolina. A look at that 1936 document is a history lesson itself. Here are the cover and explanatory pages: 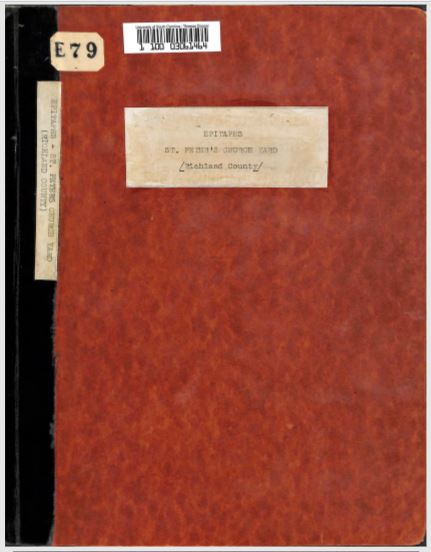 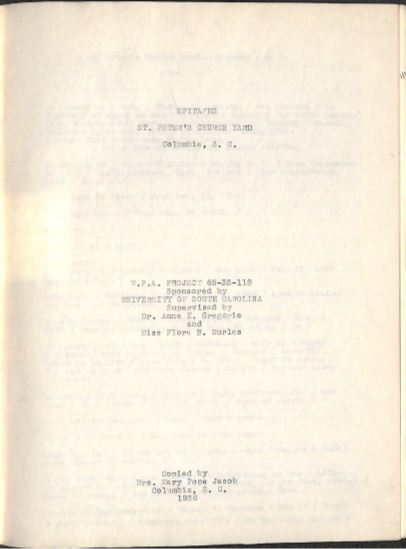 Then follows 23 more pages of epitaphs, the arrangement not alphabetical but apparently geographic, and the entries not numbered.  Download and examine the entire PDF file here: 1936 WPA Epitaphs. E79

In the “RECENT POSTS” below are opportunities for feedback. Please feel free to comment or ask questions or provide additional information about the graveyard.

Enter a last name or a location.